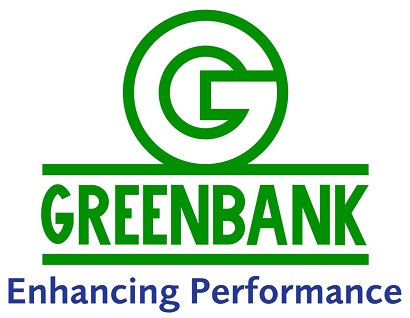 The Greenbank Group have been awarded a multi-million-pound contract to build critical components for a new fleet of trains which will create job opportunities at its Woodville manufacturing facilities.

The order had its first main cab structure assembly produced in record time – finishing the cab in under four weeks and weeks ahead of the original schedule.

Greenbank, who employ 65 people at its manufacturing facilities in Woodville, Derbyshire and Creswell, near Worksop, has signed a supplier partnership with Derby-based Datum Pattern & Model Makers Limited that will see them build 170 cab assemblies for trains destined for South Western Railway. The new Aventra Class fleet is currently being built by Bombardier Transportation, Derby, and Greenbank Managing Director Charles Conroy says he is delighted the company is now involved with an industrial sector that has a rich heritage in the East Midlands. “For many years the region has been at the heart of British railway engineering, and this contract demonstrates our ability to build on that connection,” he explained. “Over nearly decades, Greenbank has successfully delivered high-quality, bespoke engineering services to a broad cross-section of industries, particularly power generation, but has diversified significantly over the past few years.” During 2018, the company invested significantly in obtaining EN 15085 Manufacturers of Railway Vehicles and Components Certification Level 1, believing its engineering and fabrication expertise could help in meeting the stringent demands of the rail sector. “The investment in this globally recognised standard is clearly paying off and, as well as securing highly skilled jobs in our workshops, we are now looking to start a recruitment campaign, to develop our business further,” Charles said. “Over the coming months we will be looking to take on additional skilled fabricators, welders, goods inward coordinators and Responsible Welding Coordinators (RWC’s). Although the exact value of the main contract remains confidential, up to 3 Cabs per week are expected to roll off the Greenbank production line until the contract has has been fulfilled. Under a separate contract Greenbank also manufactured all the sub-assembly and final assembly motorised jigs and fixtures involved in the production of these Cabs.

Coppull Enterprise Centre, Mill Lane, Coppull, Lancashire PR7 5BW: +44 (0)1257 412635 secretary@mhea.co.uk
© MHEA 2021 - All Rights Reserved - Disclaimer and Privacy Policy | Website maintained by MCL Management Solutions Ltd
Back To Top
We use cookies on our website to give you the most relevant experience by remembering your preferences and repeat visits. By clicking “Accept All”, you consent to the use of ALL the cookies. However, you may visit "Cookie Settings" to provide a controlled consent.
Cookie SettingsAccept All
Manage consent

This website uses cookies to improve your experience while you navigate through the website. Out of these, the cookies that are categorized as necessary are stored on your browser as they are essential for the working of basic functionalities of the website. We also use third-party cookies that help us analyze and understand how you use this website. These cookies will be stored in your browser only with your consent. You also have the option to opt-out of these cookies. But opting out of some of these cookies may affect your browsing experience.
Necessary Always Enabled
Necessary cookies are absolutely essential for the website to function properly. These cookies ensure basic functionalities and security features of the website, anonymously.
Functional
Functional cookies help to perform certain functionalities like sharing the content of the website on social media platforms, collect feedbacks, and other third-party features.
Performance
Performance cookies are used to understand and analyze the key performance indexes of the website which helps in delivering a better user experience for the visitors.
Analytics
Analytical cookies are used to understand how visitors interact with the website. These cookies help provide information on metrics the number of visitors, bounce rate, traffic source, etc.
Advertisement
Advertisement cookies are used to provide visitors with relevant ads and marketing campaigns. These cookies track visitors across websites and collect information to provide customized ads.
Others
Other uncategorized cookies are those that are being analyzed and have not been classified into a category as yet.
SAVE & ACCEPT
Powered by